MegaFluence founder Eric Yaillen, recently appeared on the
Sportsfinda Podcast NFTs in the Arena. In this episode, Eric discusses
how most NFTs today make the mistake of not taking a personal or company's
brand into consideration.

As the founder of CogniLogicFX, he approaches business, strategic branding and marketing communications by applying his cognitive thinking skills to derive logical solutions that generate positive effects.

As a result of nearly 40 years of notable experience working in the sports, health & fitness, entertainment and technology industries with everyone from solopreneurs to Fortune 100 companies, Eric created the Brand Identity Lifecycle Framework™ and The MegaFluence Method™.

An early adopter when it comes to technology, he got his first computer in 1984, just after it first became available to the general public. Early on, he saw the value of automation.

For more than 6 years in his first post-college role in the live entertainment business, Eric was the sole computer user among 40 regional marketing directors. He was the most productive, least overworked and one of the top performers year in and year out, all because of automation. That was just the beginning.

From there he went on to join a small software startup in the golf industry where he supported and created systems for the PGA of America. Next he started his own software development company, creating websites and the first windows-based member management system for the health/fitness club industry.

Returning back to the golf industry, he became a leading industry pioneer in social media and led a nationwide CRM initiative with the United States Golf Association for State/Regional Golf Associations.

It’s therefore no surprise that today he is applying blockchain technology to his arsenal to see how it can be strategically applied to a company’s brand and communication strategies. As a result, he’s created the L.A.V.A. Method™ for evaluating NFTs.

Read more about Eric's story at The Mentor's Collective. 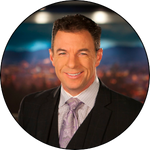 Eric's skillset, knowledge, and mindset are truly one of a kind in the space! He combines a knowledge of communications/marketing with an appetite for knowledge in the crypto/blockchain/DeFi world. Having known Eric for close to 20 years, I'd have no problem recommending those looking for some much needed clarity, sanity, and sound advice to follow Eric's guidance and innovative thought leadership! 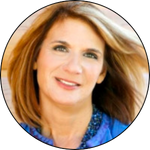 “Selling From Your Comfort Zone"

Eric's ability to create brand strategies to achieve any goal is impressive. And his standing on the social media marketing leader boards is proof. I recommend consulting with Eric whether you are an entrepreneur wanting to attract more clients and sales...or you are in the job market and want to stand out in the crowd. 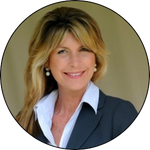 Eric is excellent at approaching complex business issues with a forward vision. His understanding of technology and the business combined with his determined, "let's make it happen," attitude makes him a powerful driver of forward-thinking growth solutions and innovative revenue opportunities. 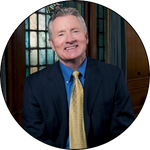 Outside Director, Chairman & Advisor at the Riverside Company and other

I worked with Eric in developing a strategic plan. He has an exceptional understanding of marketing and is quite passionate about projects he gets behind. I have enjoyed our time together and have a lot of respect for his capabilities. 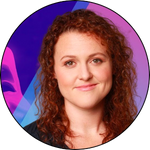 Eric always takes the time to answer my questions, is very transparent with his answers and even checks in to make sure I am doing okay from time to time. He has a wealth of knowledge and has inspired me to grow both personally and professionally. 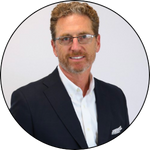 Eric continually thinks beyond the status quo, and looks to create new ideas to generate exposure, participation, and revenue. 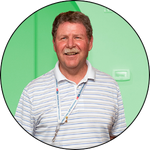 Eric is a consummate professional… able to handle multiple items at the same time in a busy and quick-turnover time frame…he produces excellent results and is fun to be around.” 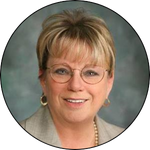 Eric is a voice of reason in the maelstrom of confusion of information that’s out there. He’s a well-grounded, knowledgeable individual who knows a lot about many things ranging from technology to branding, marketing communications, social media marketing, sales and network marketing. Eric is always available, providing quality information and willing to help people learn. 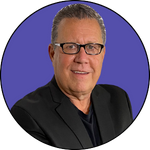 I've been helping small commercial service firms 10x their sales pipelines and revenues for over 30 years, but lately had been stuck figuring out ways to grow my business. Eric now only has helped to light a fire in me, but reignited my passion and has helped me find ways to generate new revenue sources using all the tools that were already part of my arsenal.